Recently, when the reaching limits of western medical science have being pointed out, expectation on oriental medical science and popular medical therapy increases. And propolis — which has an old history in Europe as a traditional popular medicine, is receiving now strong interest.

Many bioactive substances from propolis have been discovered and reported. We also have demonstrated the results of our research concerning the macrophage activity and bactericidal activity so far. But this time, squeezing focus to the cell-killing effect, in result of repeating examination, we succeed to isolate Artepillin-C. In this substance, other than active macrophage activation and bactericidal action, we have verified a superior antitumor effect on each kind of cultured cancer cells and in transplanted tumor cells in a mouse.

The Artepillin-C prepared for this experience was obtained from an ethanolic extraction of brazilian propolis. Its structural and chemical formula are as shown on the attached figure. (figure 1) 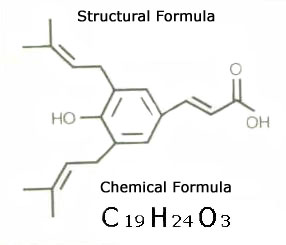 This substance is not water soluble, and initially, we dissolved it in ethanol and added to the culture solution, but later, we developed also a water soluble solutionwhich we are using now.

1. Inhibition effect on the multiplication of culture tumor cells

First, as a fundamental experiment, Artepillin-C was added to culture cancer cells. We examined its effects.

The prepared cancer cells were:

As result, remarkable multiplication control were shown in most of the above mentioned cancer cells at 10~100?g/mL of Artepillin-C concentration. (figure 2 and picture 1). In most cases, 3 or 4 days after Artepillin-C addition, cancer cells were extinct. 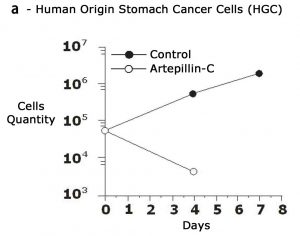 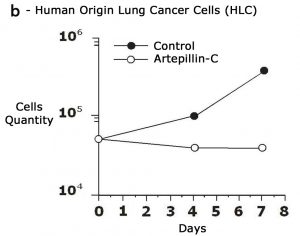 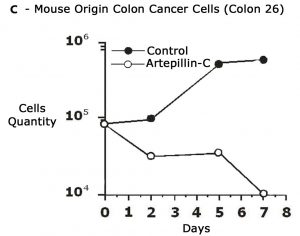 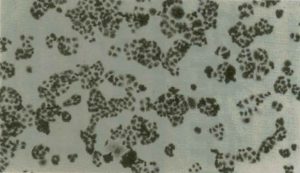 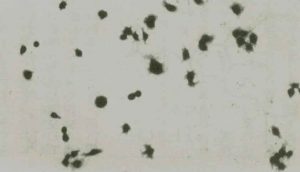 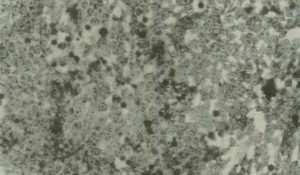 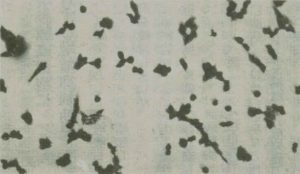 Comparing with normal cells, cells that suffered mutation are very fast and at the same time has as characteristic that it multiplies limitlessly. Artepillin-C does with these cells, that keep multiplying in a short period of time, a selective cell-killing-and-wounding (sharp-shooting).

To elucidate the reason of this, measuring the influence on DNA synthesized at cell division time, it was proven that the DNA synthesis was obstructed when the tumor cells multiplication was remarkable.

For example, the obstruction on DNA synthesis in human leukemia cells at the concentration of 100?g/mL was remarkable , and in mouse melanoma cells even more remarkable, but in case of normal fibroblasts, old cells and cells where DNA synthesis was static, the damage on DNA was minor.

This fact tells the possibility that, Artepillin-C’s does minor damage in normal healthy cells (culture cells), which have a loose multiplication speed comparing to cancer cells, and that in fast advance and easily spread cancer cells, it demonstrates the stronger depression effect, proportionally.

Among mice which received the transplants, one group was left as control, and on the other group 500mg of Artepillin-C was injected in each one, with one day gap. Observation of the process was done. One of the examples of it are shown in the pictures. (picture 2 ~ 5)

This is the mouse which received a transplant of human lung cancer cells. In the ones that nothing was injected, the cancer cells multiplied and formed a lump. In relation with it, the ones injected with Artepillin-C, the tumor divided itself into small tumors and its growing wasn`t visible. (pictures 2 and 3) 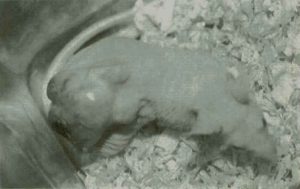 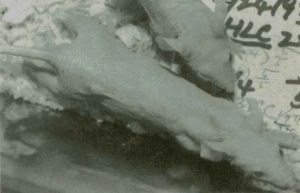 In those injected with Artepillin-C during the tumor growing, it eventually suffer necrosis and fell off. (pictures 4 and 5)

Picture 4 — Grown tumor injected with Artepillin-C, most of it suffered necrosis (black section) 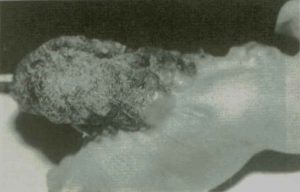 Picture 5 — This tumor eventually fell off, forming a clot where the tumor was. 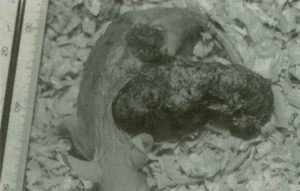 The dissection result – In all tumor cell cases, Artepillin-C`s effect caused the nucleus denaturation by melting and concentration (picture 6), the nucleus fragmentation (picture 7), the natural death of a small group (picture 8), the solidification and necrosis of a extensive and large group (picture 9), clearly demonstrating it’s depression on multiplication of cancer cells effect. 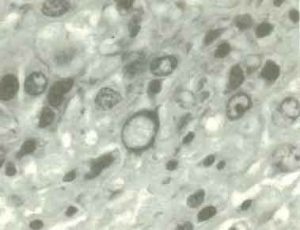 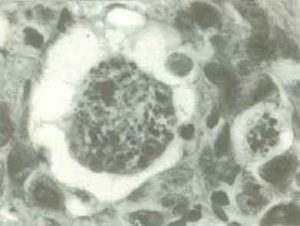 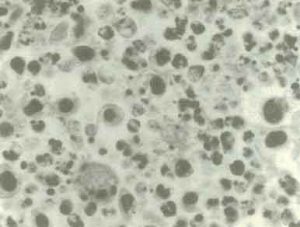 Picture 9 — fragmentation and necrosis of a large group 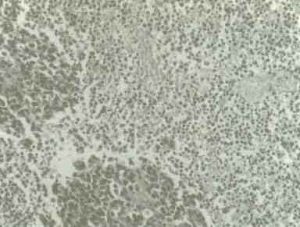 There is another point that should be observed here. In the group of mouse which received for a long time Artepillin-C, lymphocytes infiltrates the surroundings of cancer cells that suffered necrosis, and furthermore, the collagen from the cellular matrix encloses it, advancing in the restoring process of the damaged section by the cancer (healing the wound). (picture 10 and 11) 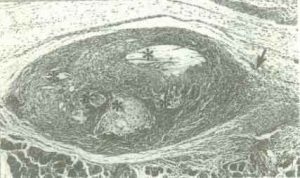 Picture 11 — With the macrophages and lymphocytes multiplication, collagen multiplication advances (zoom of the area with v sign on picture 10) 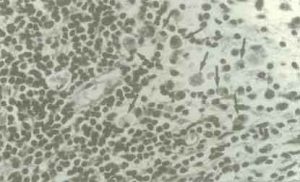 This fact demonstrates that by Artepillin-C`s effect, collagen multiplication is promoted, stopping cancer multiplication and converting it in an island, and as result, makes it possible to the organism to coexist with the cancer for a long time.

This way Artepillin-C extinguishing selectively cancer cells, plus – without collateral effects, and in addition, increasing immunity activity, enclosing cancer cells, and restoring the damaged section. Accepting that we have demonstrated and verified many anti-cancer activities, we furthermore, continue to research and develop minute and multilaterally.